The latest member of the DIABLO™ family applies brand technology developed in the FIM Superbike World Championship with multiple compounds, three on the rear and two on the front, to provide the best combination of performance and versatility with grip that sets a new benchmark on both dry and wet surfaces

Using its 15 years as Official Tyre Supplier to the FIM Superbike World Championship, Pirelli now merges its best technologies from racetrack and road to produce the DIABLO ROSSO™ CORSA II.

Since the launch of the original DIABLO ROSSO™ CORSA in 2010, motorcycle torque and horsepower outputs have increased significantly and the introduction of sophisticated traction control systems and cornering ABS have enabled these performance gains to be applied by more riders at greater lean angles.

It is for this reason that Pirelli designed the new DIABLO ROSSO™ CORSA II, increasing front grip during turn-in and braking in lean and rear grip at full lean angles from mid-corner to exit. The result is a tyre that provides a confident “feel” in all conditions with outstanding performance and increased mileage.

DIABLO ROSSO™ CORSA II is the first Pirelli multi-compound tyre that uses two compounds applied in three zones on the front tyre and three compounds applied at five zones on the rear to create the ideal combination for modern motorcycles. Innovative profiles, a new structure derived from racing and a new tread design make this tyre the best balance for riders wanting an excellent street tyre that is even suitable for the racetrack.

As exclusive FIM Superbike World Championship tyre supplier since 2004, one of Pirelli’s most important strategies in the series has been to develop winning tyre technologies that work for all manufacturers’ motorcycles. Using these technologies for road solutions created Pirelli’s claim: “We sell what we race, we race what we sell”. The new DIABLO ROSSO™ CORSA II underlines the truth behind this mantra.

DIABLO ROSSO™ CORSA II is intended for riders of mid-high performance motorcycles who enjoy a sports riding style on the street and not just on the racetrack. They desire a tyre with fast warm-up, sports agility, excellent grip and consistent performance ready to compete against the challenges of everyday use. Pirelli have now transformed racetrack performance into street versatility, because it considers “Every day is a race day”.

DIABLO ROSSO™ CORSA II will be available worldwide from January 2018. 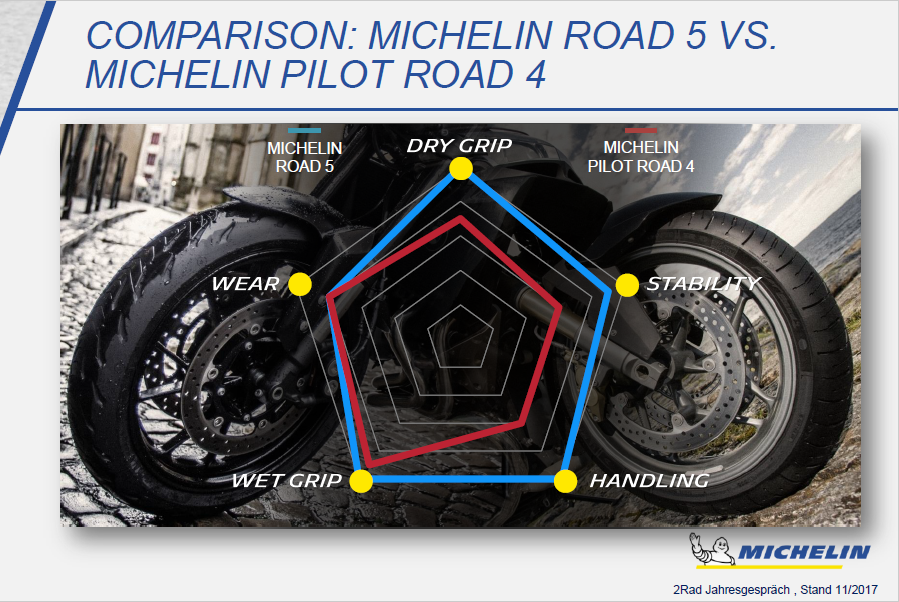 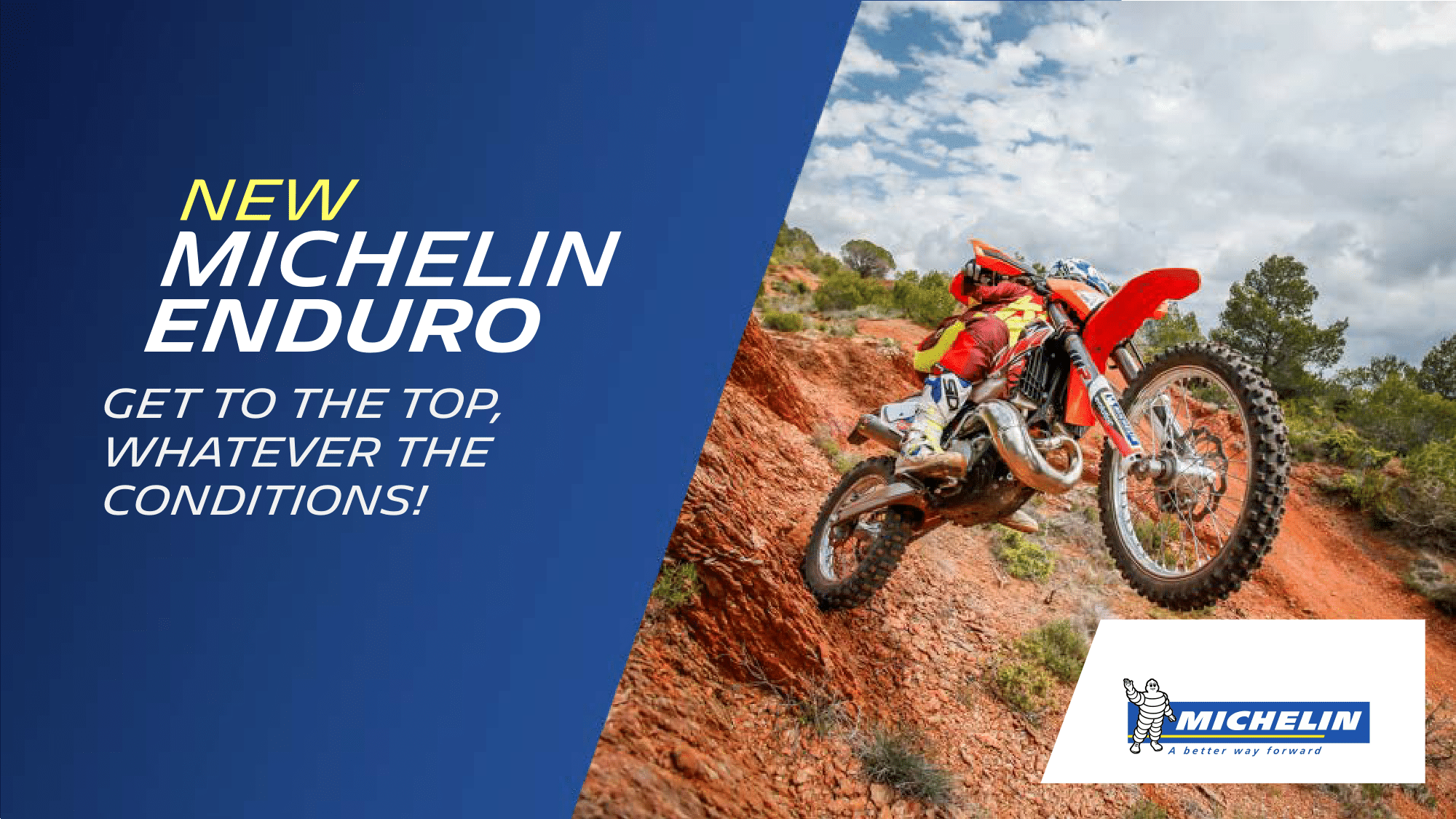 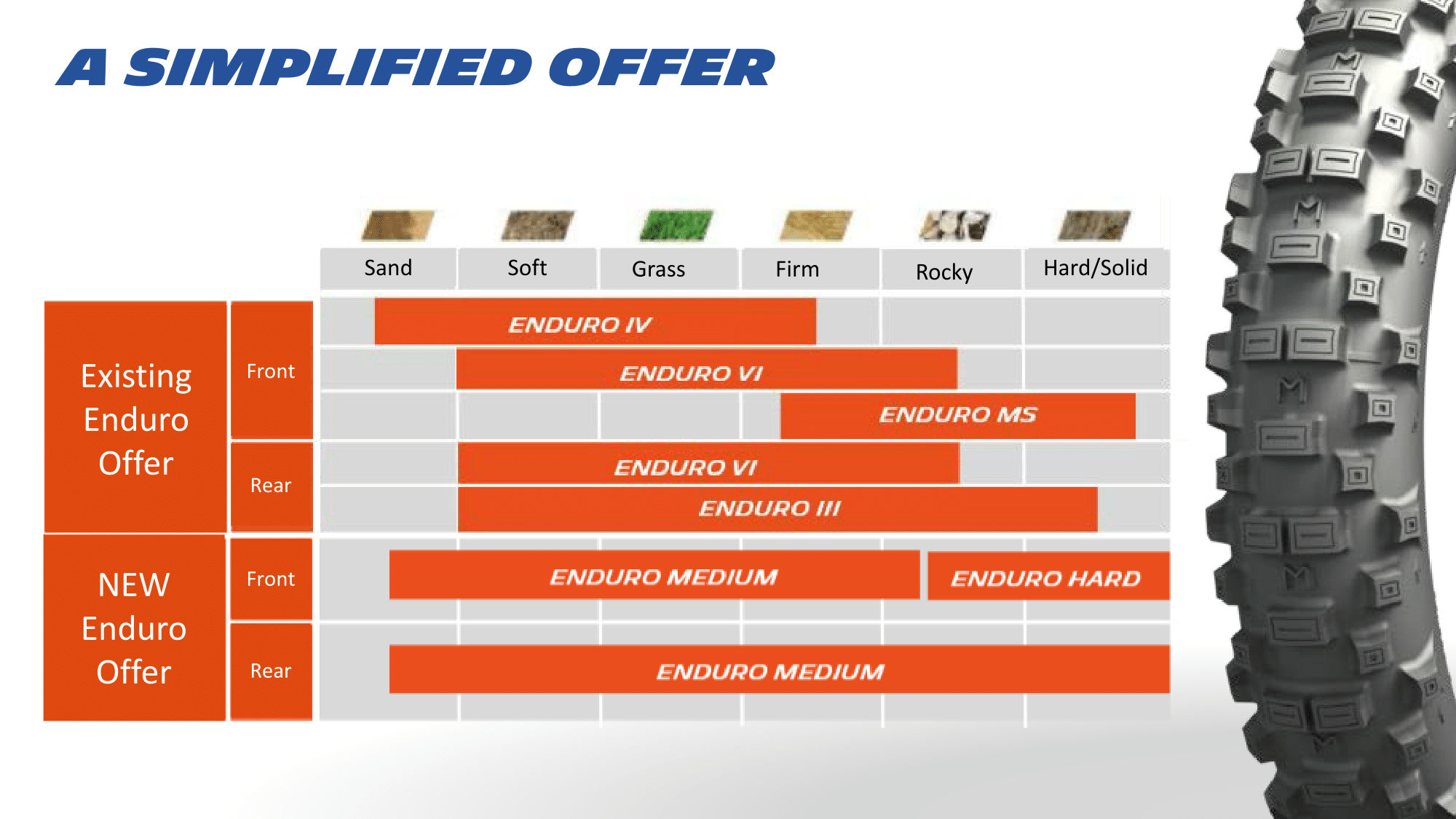 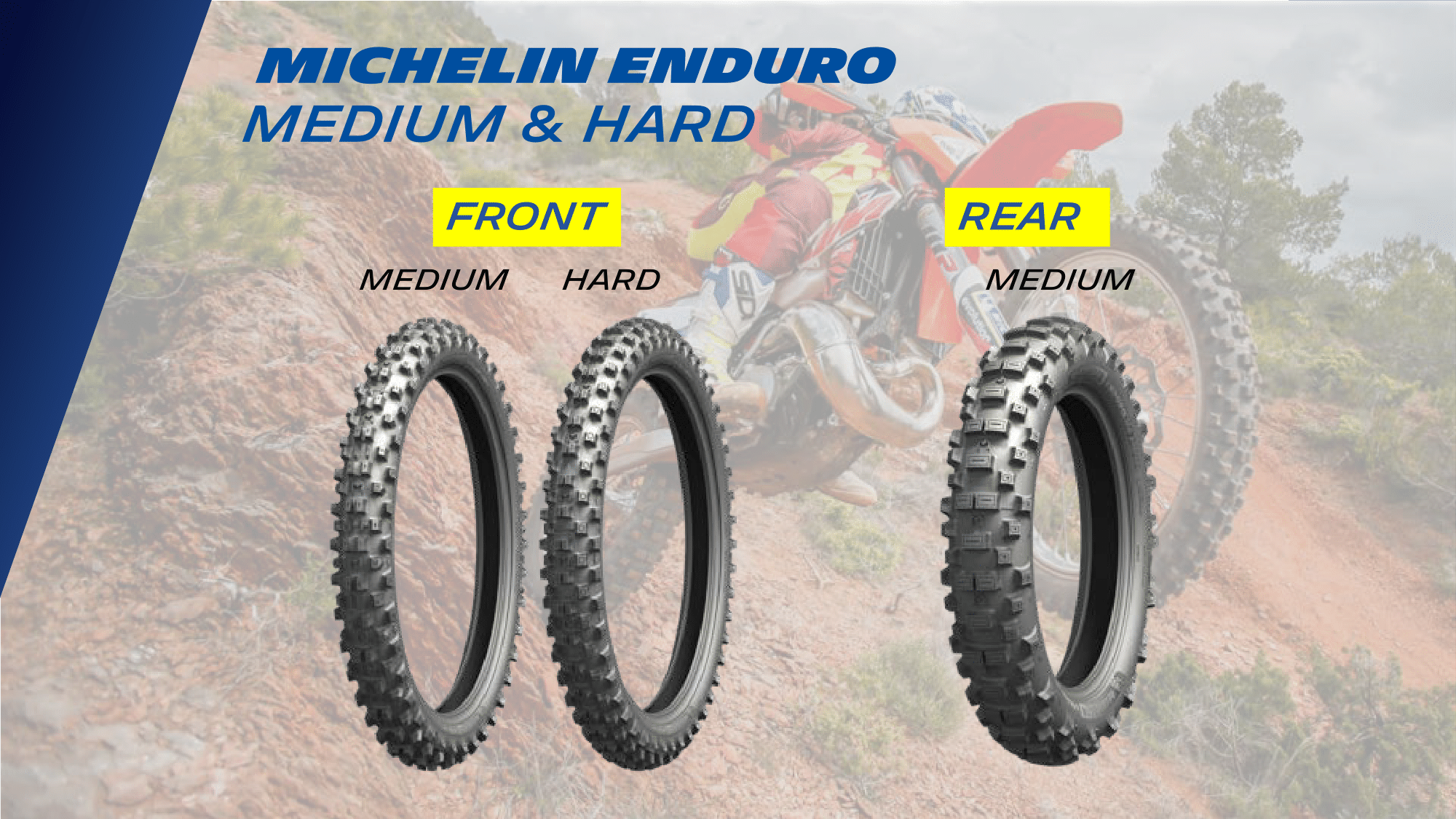 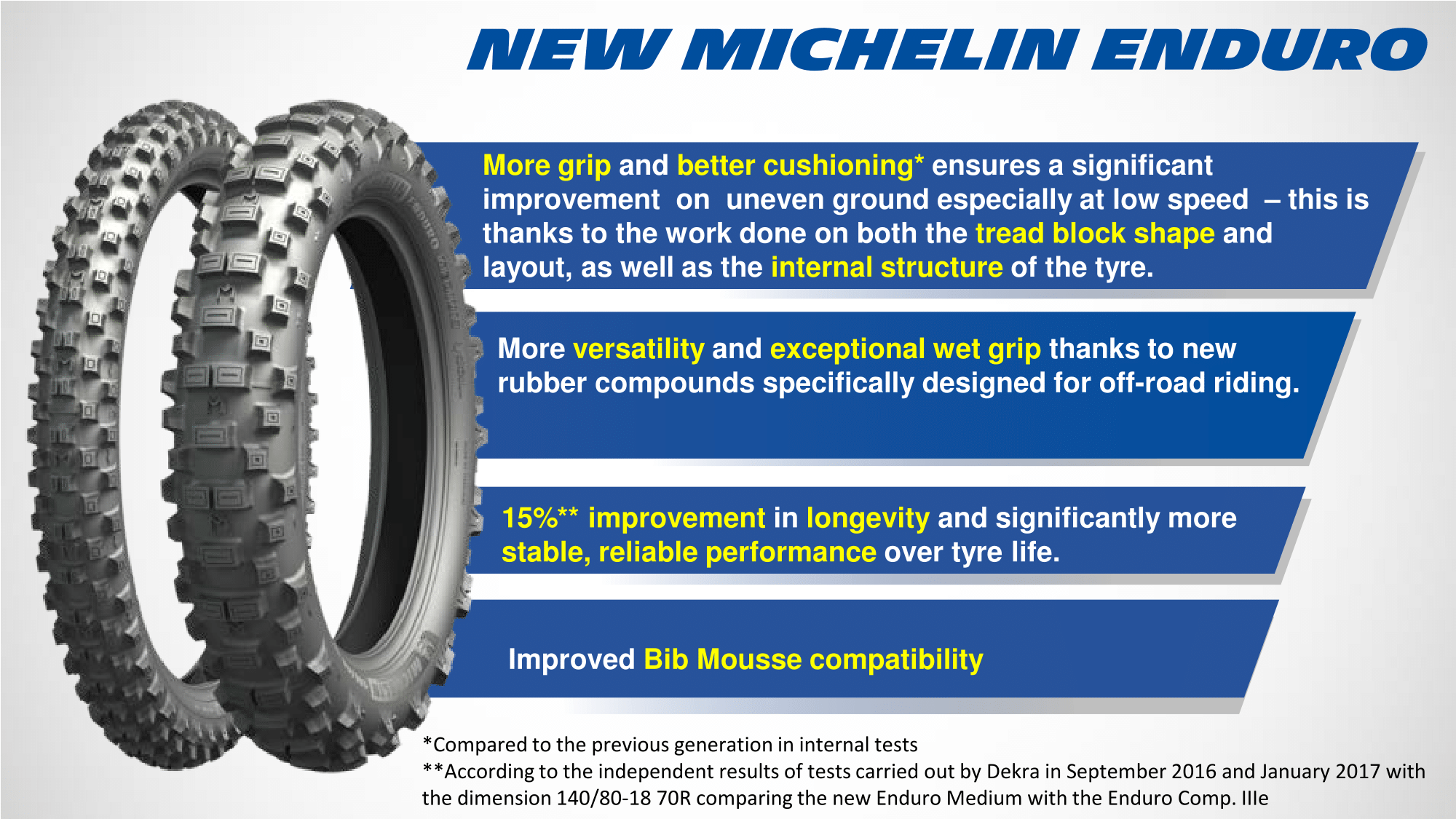 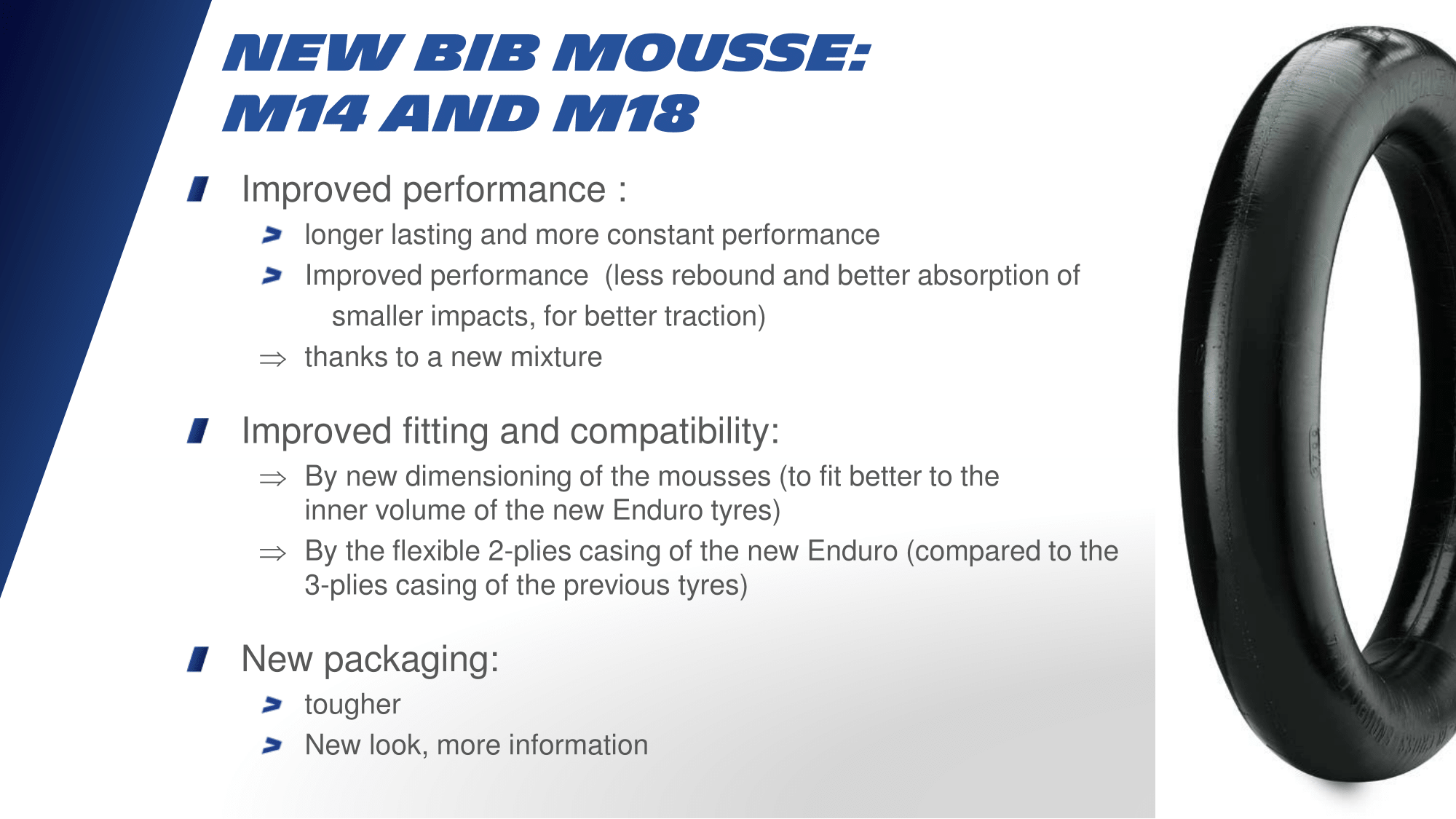 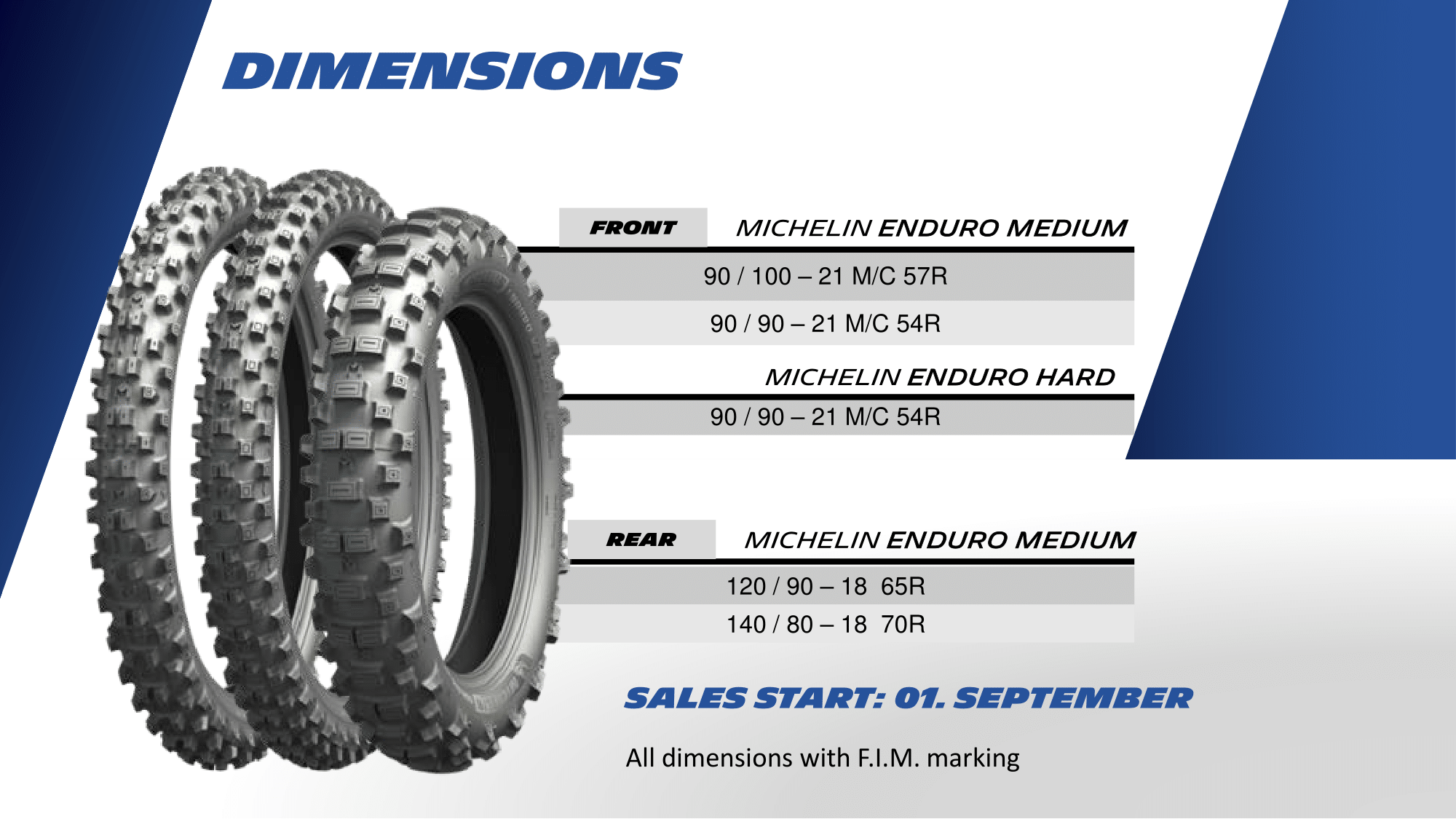 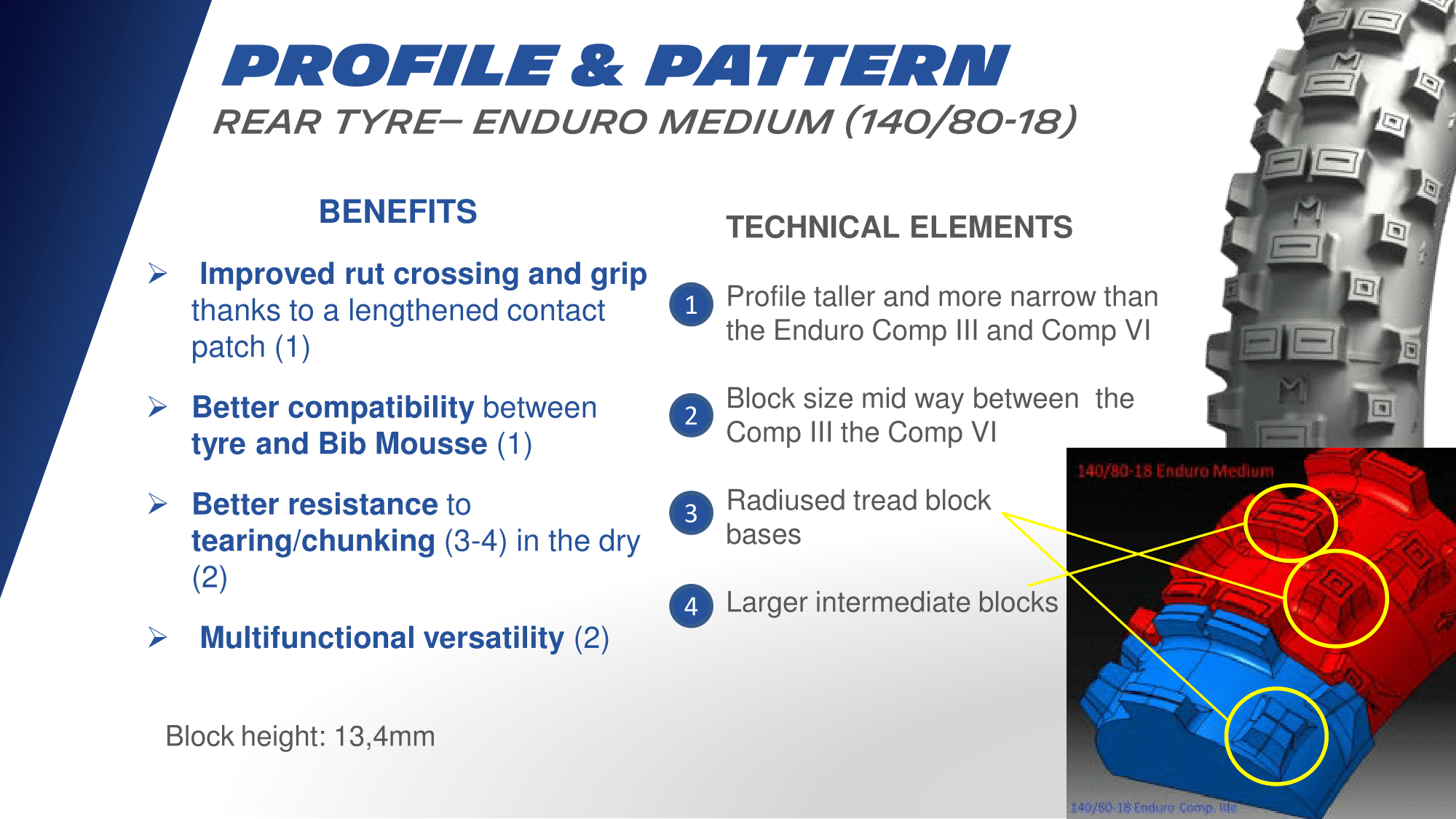 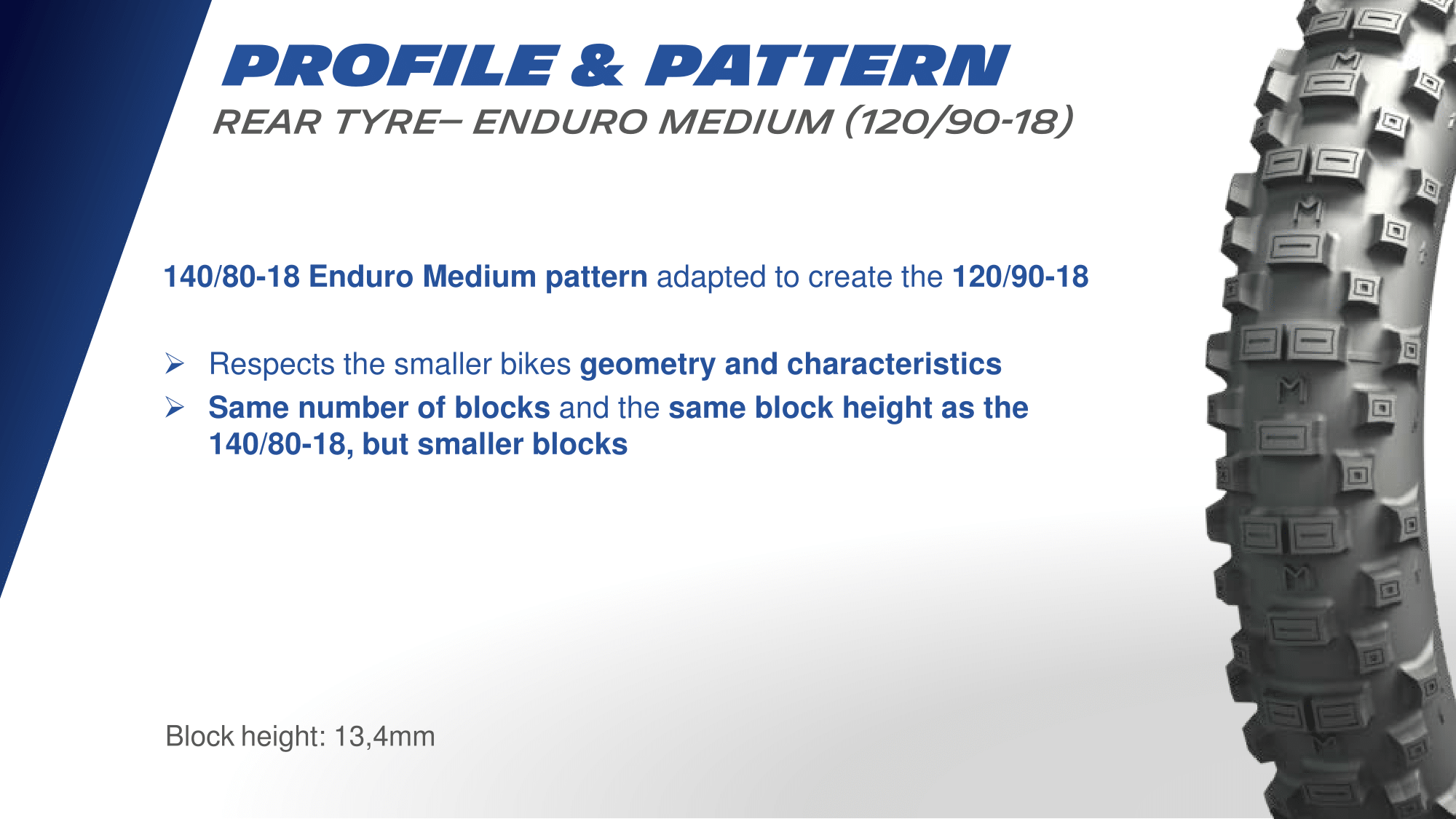 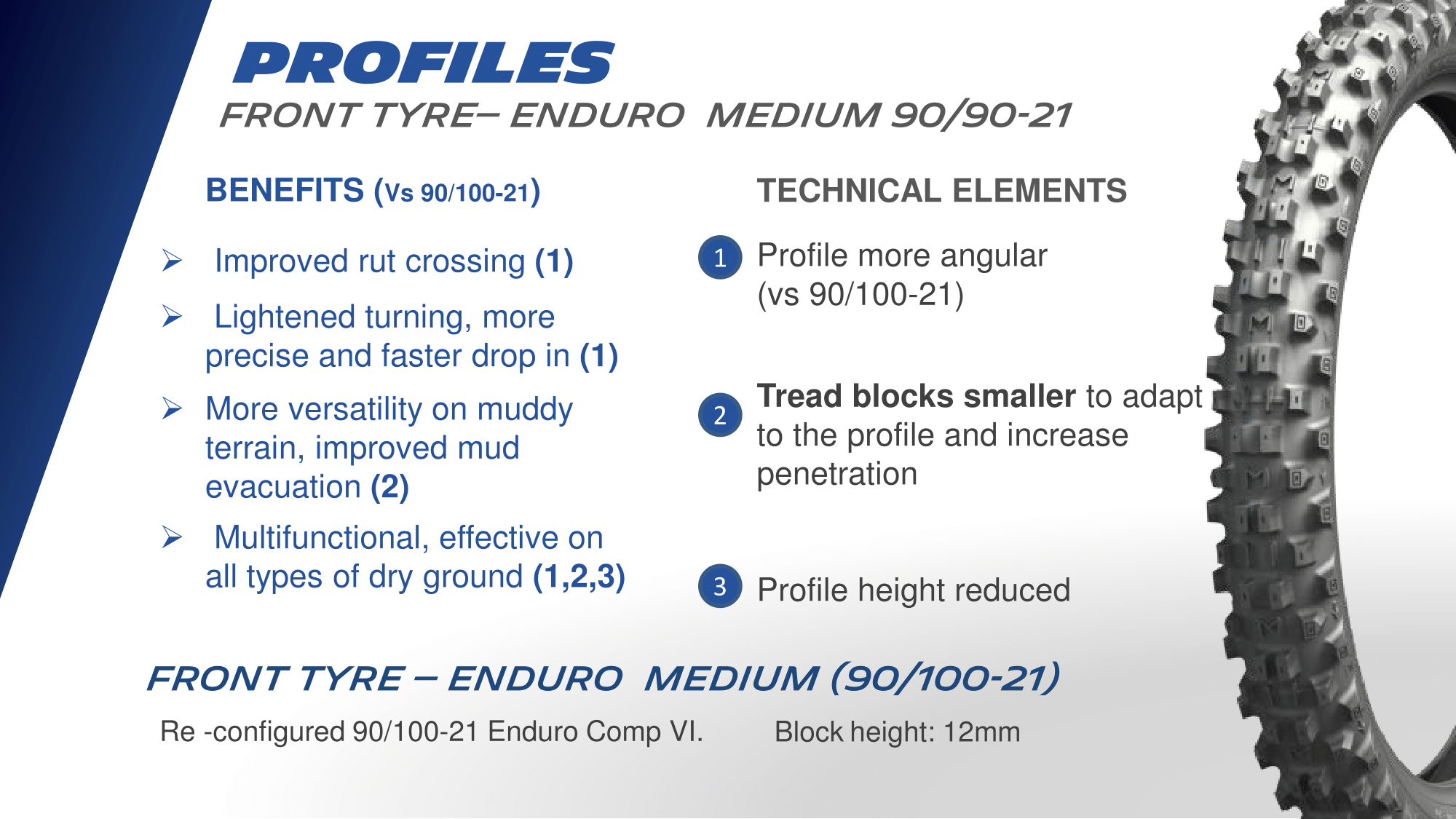 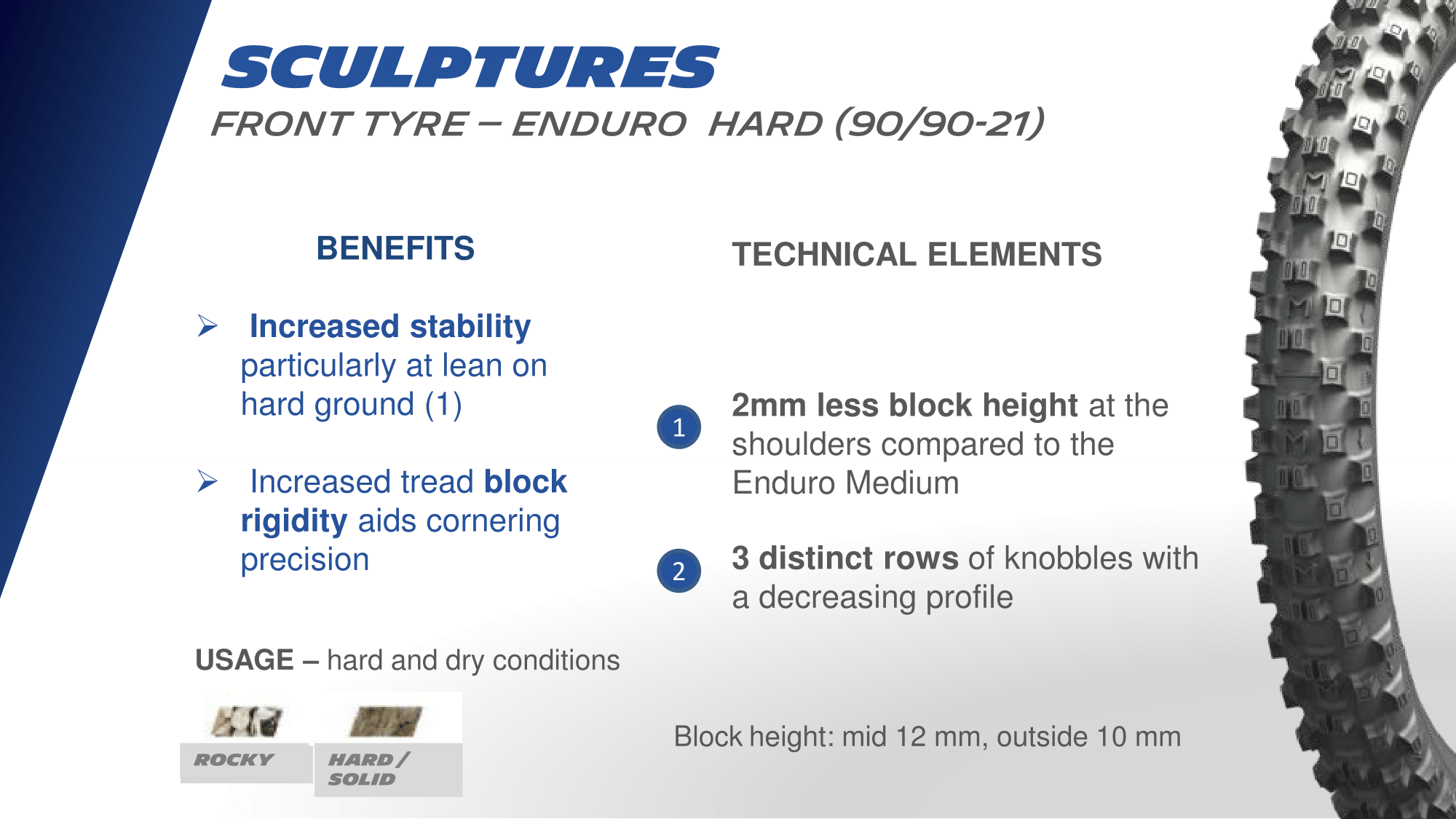 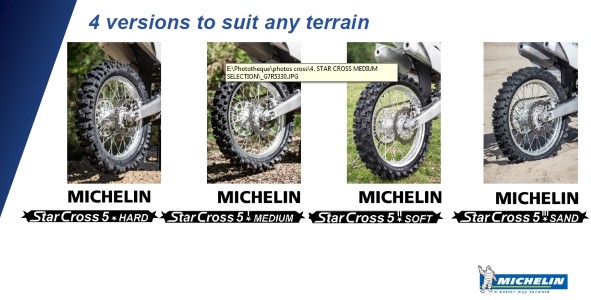 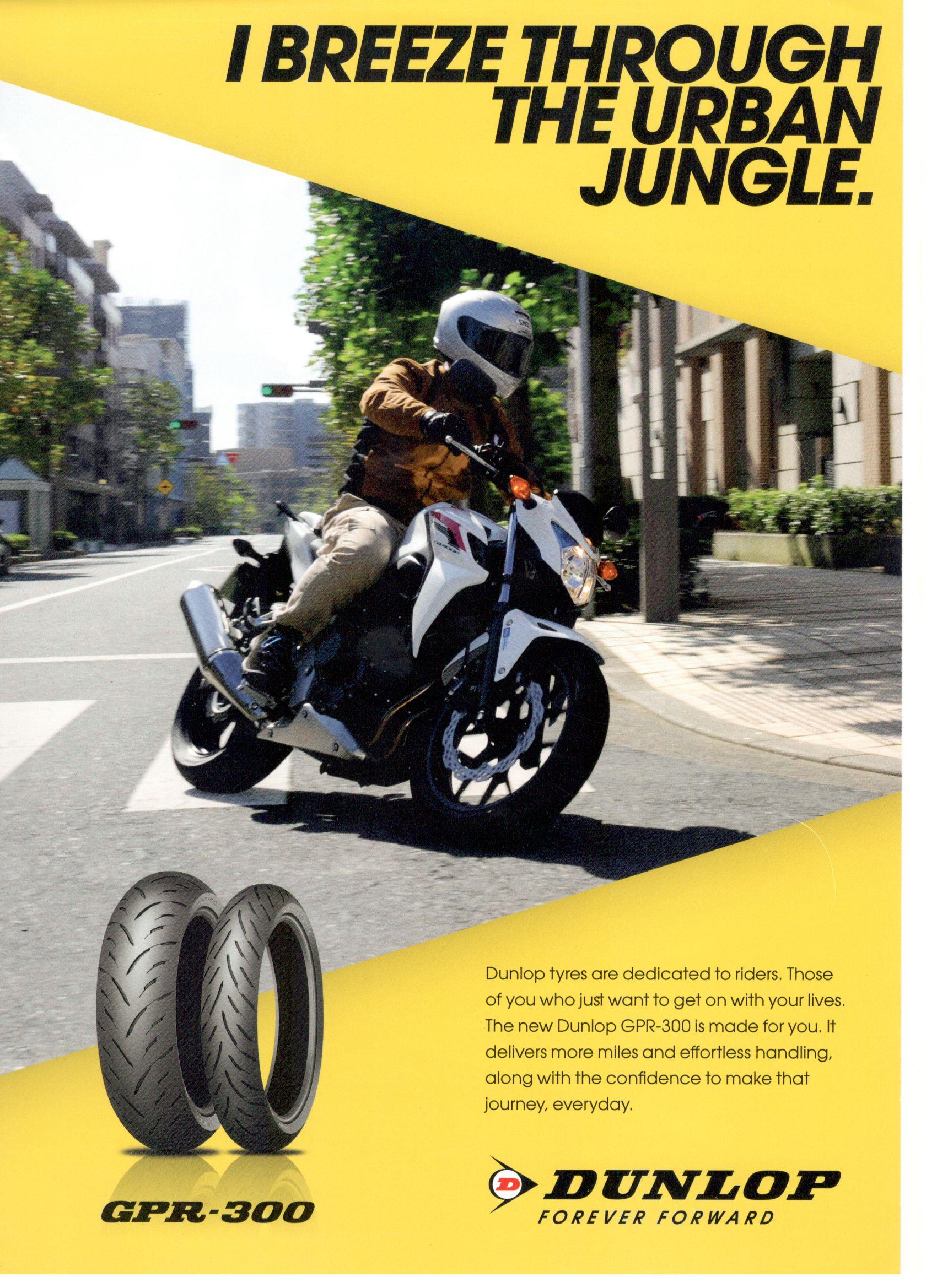 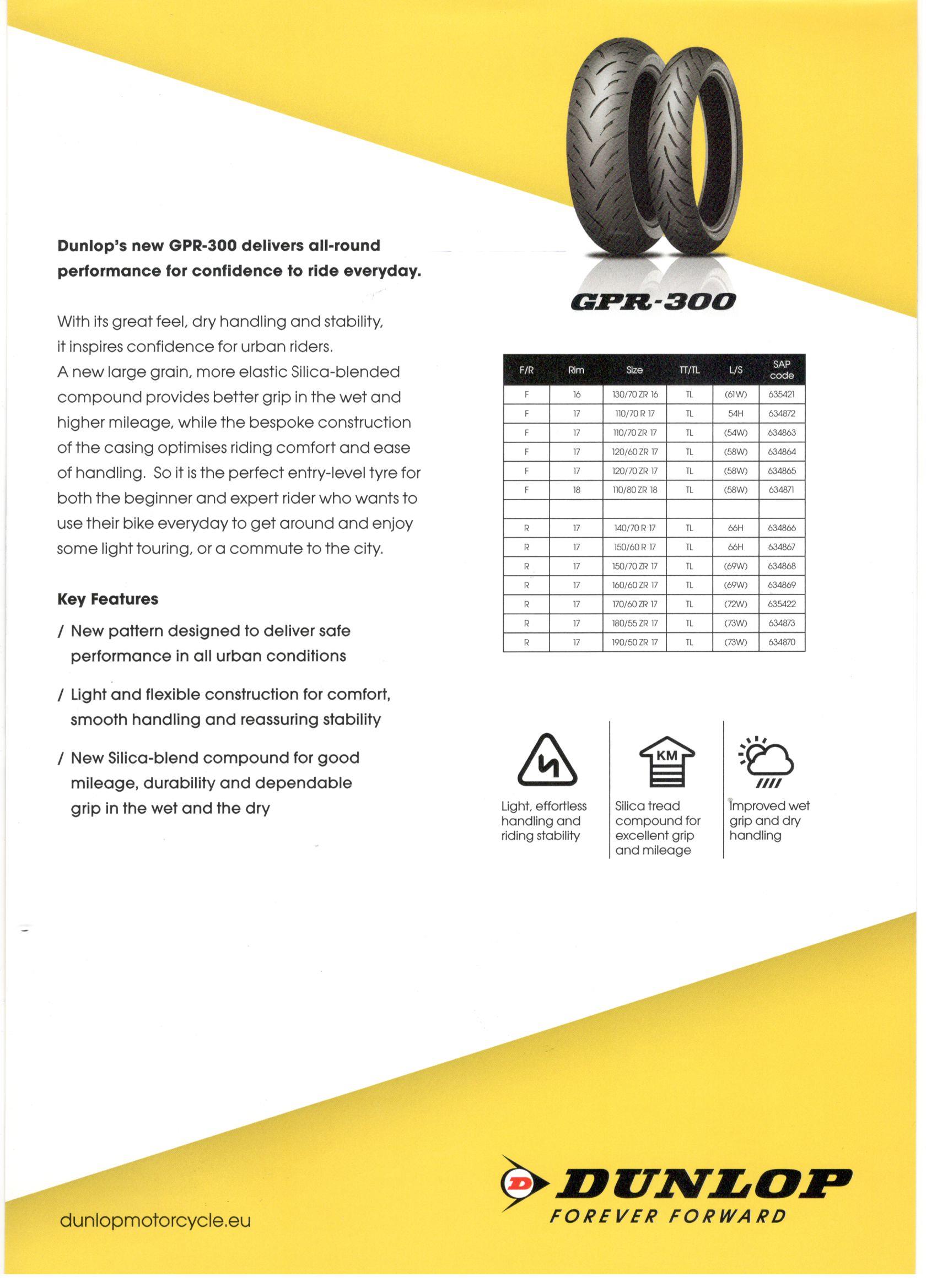 Visible as a global ‘sneak peek’ at the Ducati stand at INTERMOT, (4 to 9 October 2016 in Cologne), the latest product from the "long P" brand is chosen by the manufacturer from Borgo Panigale as original equipment on a new model in the Ducati Scrambler range

Cologne (Germany), 4 October 2016 – Pirelli is pleased to present SCORPION™ RALLY STR, the new on/off enduro tyre designed specifically for the latest generation of adventure, dual purpose and enduro street bikes. SCORPION™ RALLY STR is a revolution in the tyre segment because it manages to combine the best performance of a rally competition tyre with that of an enduro street tyre. SCORPION™ RALLY STR can be seen as a global sneak peek at the Ducati stand at INTERMOT, scheduled from 4 to 9 October, 2016 at Cologne, because the manufacturer from Borgo Panigale has chosen to use it as original equipment for a new model in the Ducati Scrambler range. The new model will utilise it in sizes 120/70 R19 M/C 60V M+S TL (front) and 170/60 R 17 M/C 72V M+S TL (rear). SCORPION™ RALLY STR is the new enduro on/off segment designed specifically to meet the most demanding needs on the market with an aggressive tread and important technological innovations that provide traction on dirt roads, stability even at high speeds, handling and agility on the road, in addition to comfort and grip in all riding conditions.

SCORPION™ RALLY STR was inspired by the winner of many competitions, the SCORPION™ RALLY, adding excellent road performance to the well-known off road handling, specifically refined for use on large capacity adventure and dual purpose motorcycles.

Who it is for

The riders that the new SCORPION™ RALLY STR is aimed at are those seeking versatility, balanced on and off road performance and a knobbly tyre with an aggressive look that does not sacrifice grip, safety on wet roads, mileage, stability and comfort.

Technical characteristics and benefits for the riders

The main technical characteristics of the SCORPION™ RALLY STR are:

In addition to new profiles, SCORPION™ RALLY STR has a structure and compound that draws on benefits from Pirelli's experience on road segments. The tread pattern is that of a true knobbly, with innovative geometry and knob arrangement.

The main advantages and benefits that the new SCORPION™ RALLY STR provides to the rider are:

The SCORPION™ family and the origins of the segment

The word SCORPION™ in its name immediately recalls the range of Pirelli products created for off road use, not only in two-wheel competitions, but also in four-wheel racing. The products in the SCORPION™ range are used in off road car competition, in the Enduro and Cross Country World Championship and in the Motocross World Championship, where the Pirelli off-road range has been the undisputed leader for more than 30 years, with 66 world championship titles. The street enduro segment always draws high expectations from riders and continued investment from motorcycle manufactures, introducing increasingly higher performance models onto the market.

In recent years, the street enduro segment has become one of the most important on the market and Pirelli has led the development of tyres with high performance both on and off road, with particular attention to handling in various road conditions. The revolution in the segment arrived in 2000, when Ducati launched the new Multistrada, designed specifically for twisty mountain roads and competitions like Pikes Peak. It was as Ducati's partner, and for Multistrada, that Pirelli made the SCORPION™ Sync, the first street sport tyre with a knobbly look in the 120/70-17 and 180/55-17 sizes. Once again - a decade later - Pirelli is the leader of a revolution in this segment thanks to the introduction in the SCORPION™ Trail range. This came with a rear dual-compound 190/55-17” size that marks the dawn of a new generation of street enduro bikes like the new Ducati Multistrada 1200. Then in 2015, with Ducati’s introduction of the new Multistrada 1200 they once again relied on Pirelli tyres, specifically the new SCORPION™ Trail II.

More recently, there has been a different, and in some ways diverse, trend in the motorcycle industry that has become increasingly attentive to the “scrambler” phenomenon. The old and original scrambler bikes that date back to the '70s have come out of oblivion from warehouses and garages, dusted off, restored and proudly returned to the road. At the same time, new, modern and revisited scrambler versions have been introduced to the market by motorcycle manufacturers with excellent sales results, as the Ducati Scrambler project shows, proving to be one of the best selling bikes in recent years. Last, but not least, many customisers have found new and vital inspiration and have begun modifying street motorcycles to turn them into modern and attractive scramblers.

As already mentioned the SCORPION™ RALLY STR tread pattern is that of a true knobbly, optimised for use on the road thanks to the increased rubber surface area in contact with the ground in the tread contact area.

The tread of the SCORPION™ RALLY STR has a completely new geometry and knob height-width ratio that is brand new to the market. Thanks to this feature, Pirelli has succeeded in achieving increased stability on the road without compromising traction off road.

In fact, the large central knobs ensure a wider tread contact area, thereby increasing stability for use on the road even at high speeds and at the same time reducing wear. The ample central indentations allow the knobs to penetrate the terrain, providing top of the line off road traction. The SCORPION™ RALLY STR tread has a single layer with high silica content, both on the front and the rear, for the purpose of achieving high tear resistance, stability, superior abrasion resistance and a high level of grip in both dry and wet conditions. The silica content is greater than 55%, with a balanced percentage of carbon black and resin.

Particular attention was paid to selecting the polymers and fillers to harmonise their combination in the best possible way. Thanks in part to Pirelli's exclusive and patented blending process, the silica and carbon black were combined with new types of resins, oils and polymers, improving cohesion and reaching an extremely high level of uniformity. This was the key to maximising the potential of the components and improving their characteristics, allowing them all to take maximum advantage of their own chemical and mechanical properties to guarantee stable and long-lasting performance.

The SCORPION™ RALLY STR profiles stem directly from the ones used on the SCORPION™ Trail II, with the specific purpose of improving performance on the road.

Maintaining the Pirelli variable rounding philosophy, in the case of the SCORPION™ RALLY STR, the size of the cord and the overall length of the profile's development were increased in order to increase the tread contact surface and therefore grip and stability, even when cornering. The height of the “cap” was increased significantly in order to improve shock absorption, comfort and stability.

The profiles of the front and rear tyre have a similar pattern and geometry in order to ensure matched performance of the set. The structure adopted on the SCORPION™ RALLY STR takes its inspiration from the structure developed for the SCORPION™ Trail II, but it has a few important modifications: the steel belt at 0 degrees of the radial sizes has a differentiated density throughout the profile. This allows the structural stiffness to be increased in the grooves between the central and lateral knobs, increasing the overall resistance of the tread contact surface to deformation, with a great advantage to stability, even with a full load and on heavy bikes.

Even the structure of the criss-cross angle of the plies was modified to increase the resistance of the casing to lateral and longitudinal stress and to support the tread pattern at variable lean angles.

The rayon cords that make up the radial casing are characterised by a superior linear density and rigidity, in order to optimise the shock absorption effect of the entire structure.

SCORPION™ RALLY STR will initially be available from January 2017 in the sizes that come on the new Ducati Scrambler, but during the course of the year, the range will be expanded to include more sizes. The complete range of sizes is below: